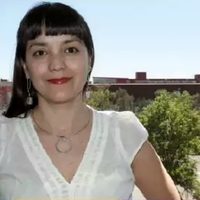 Paula López Caballero has a Ph.D. in Social Anthropolgy and Ethnography from la École des Hautes Études en Sciences Sociales, in París, France. She is an research at the Centro de Investigaciones Interdisciplinarias en Ciencias y Humanidades at UNAM and a member of the National System of Reseachers (Miembro del Sistema Nacional de Investigadores). You can read her article “Domesticating Social Taxonomies: Local and National Identifications as Seen Through Susan Drucker’s Anthropological Fieldwork in Jamiltepec, Oaxaca, Mexico, 1957-1963” in HAHR 100:2.

Interview translated from the Spanish by Alex Herrera and Sean Mannion

My interest in the history of Indigenous peoples arises from the political conjuncture constituted by the Zapatista uprising of 1994 and the multiple oppositional demonstrations to the official celebration of the 500th anniversary of the so-called discovery of America. After completing a thesis in history (at UNAM) about a corpus of colonial-era documents written in Nahuatl called the Titulos primordiales, I opted to do my postgraduate work in social anthropology. This research, which was both document-based and ethnographic, led me to closely link indigeneity within processes of nation-state formation. This is what I called “national regimes of alterity.” With this, I refer to the mutual production–conflicting and consensual–of the nation-state and of indigeneity. In other words, each nation-state creates historical rhetorics that determines a distinctive truth that formulates a national “we” and a marginal and different “they.” Because I postulate that it is the same object of study, this “historical ethnography” of alterity is also that of the nation-state.

From here, my distinct projects have in common that they study particular locations where identifications and their close connection to processes of nation-state formation can be documented. So I went to the historical archive of the Instituto Nacional Indigenista, one of the main institutions dedicated specifically to the country’s Indigenous population. With an interdisciplinary methodology and perspective, the reconstruction and analysis of indigenista politics and anthropological thought are the laboratory where I try to demonstrate this general hypothesis: that the profile of the principal category of alterity in Mexico–the Indigenous–far from being a “vestige,” can be understood as resulting from concrete interactions among distinct and hierarchical subjectivities (for example, among the anthropologist and the Indigenous informant), inserted in relations of power and a broader process of nation-state formation.

2. What drew you to Drucker’s writings and records as a way to study Jamiltepec?

It was in the INI’s historical archive where I first encountered the field diaries of Susan Drucker. The discipline of anthropology, despite of its many epistemological ruptures, retains a somewhat mystical aura in relation to fieldwork. It is usually narrated as a kind of initiation, private, intimate, and, many times, painful. Hence the logs and diaries produced in the field are rarely shared or made public. Perhaps that is why finding field diaries in an archive immediately caught my attention. My surprise was greater when I read them and found that exuberance of identification categories in circulation within them: life histories in which the same individual changes forms of self-identification, the movement of people between one category and another as something common, no mention of the idea that these changes threaten people’s true identities, and the enormous variety of forms of self-identification beyond the categories “Indigenous” and “mestizo.”

Years later, thanks to a colleague, I found out that Susan Drucker lived in Cambridge, and so I was able to contact her to continue reflecting on her work. Indeed, her texts and the passionate discussions that I was able to have with her allowed me to think once again about the forms of identification in relation to the processes of nation and state formation. And with this, I was able to avoid reproducing reifying ideas about both the inhabitants of Jamiltepec—who, as can be seen in my article, were far from identifying themselves as a single, clearly defined group—and the actions of the state at the local level.

3. How did the domestication of social taxonomies come about?

As I show in the article, the abundance of identification categories that appear in Drucker’s diaries contrasts sharply with the binary representation (Indigenous/mestizo) of Jamiltepec that appears in her book and is today part of common sense. This contrast seemed to me an interesting indication of the stages by which the current common sense about identifications in Mexico was developed. Productive dialogues were combined with this: in the Nación y Alteridad seminar, where these crossings between “identities” and nation were examined in depth, and with Christophe Guidicelli, a colleague who works on the transformation of colonial classifications in scientific terms of nineteenth-century history and anthropology, particularly for the north of Argentina. Likewise, the discussions with Ariadna Acevedo-Rodrigo, as part of our joint planning for our coedited book Beyond Alterity, were rich for understanding the analytical usefulness of historically analyzing social classifications. One objective of this article is to also show that it is productive to approach identification categories not as simple labels imposed from outside or as reflections of a person’s “being” but as complex historical and social objects.

Drucker does not systematically investigate the socioeconomic factor, and this is not a dimension that stands out in her diaries. Likewise, her impression was of a general lack of material goods among all the inhabitants of Jamiltepec. Even so, we cannot forget that the socioeconomic factor played an important role in the way in which the social hierarchies in Jamiltepec were constructed in the 1950s. It seems to me, however, that the richness of the testimonies collected by Drucker allows us to document forms of social stratification within the pueblos (contrary to depictions that tend to present them as homogenous and where inequality only comes from actors outside the pueblos), even if the “ingredients” of this hierarchization cannot be disentangled with total clarity.

5. Has your research on Jamiltepec suggested any limitations or challenges to the national project of mestizaje, especially in relation to the INI’s role in promoting mestizaje?

This article dialogues with, and hopefully enriches, a growing body of research on the INI and its politics (Lewis, 2018; Dillingham, 2015; among others). These works reveal the need to go beyond the anticolonial critique of indigenismo made in the 1970s. In relation to mestizaje, the analysis that I propose here invites us to question the interpretive schemes by which the ideology of mestizaje has been understood in three ways: first, one observes that many social processes associated with “acculturation” were already in operation at the local level when the INI arrived and that, in Jamiltepec, the INI in the 1950s had very limited means for bringing about many of the transformations that afterward have been attributed to it. Second, I show that local society was not exempt from hierarchies or discrimination, which many times were based on colonial-era taxonomies; this evidence raises new questions, such as, for example, to what extent the national taxonomy could offer, in certain circumstances, a less oppressive alternative at the local scale. And third, this article invites one to examine the “ideology of mestizaje,” beyond the intellectuals that thought about the topic and their foundational texts, to get closer to the diverse and unexpected ways in which this ideology operated at the local level. It is a field in which there is still much to explore.