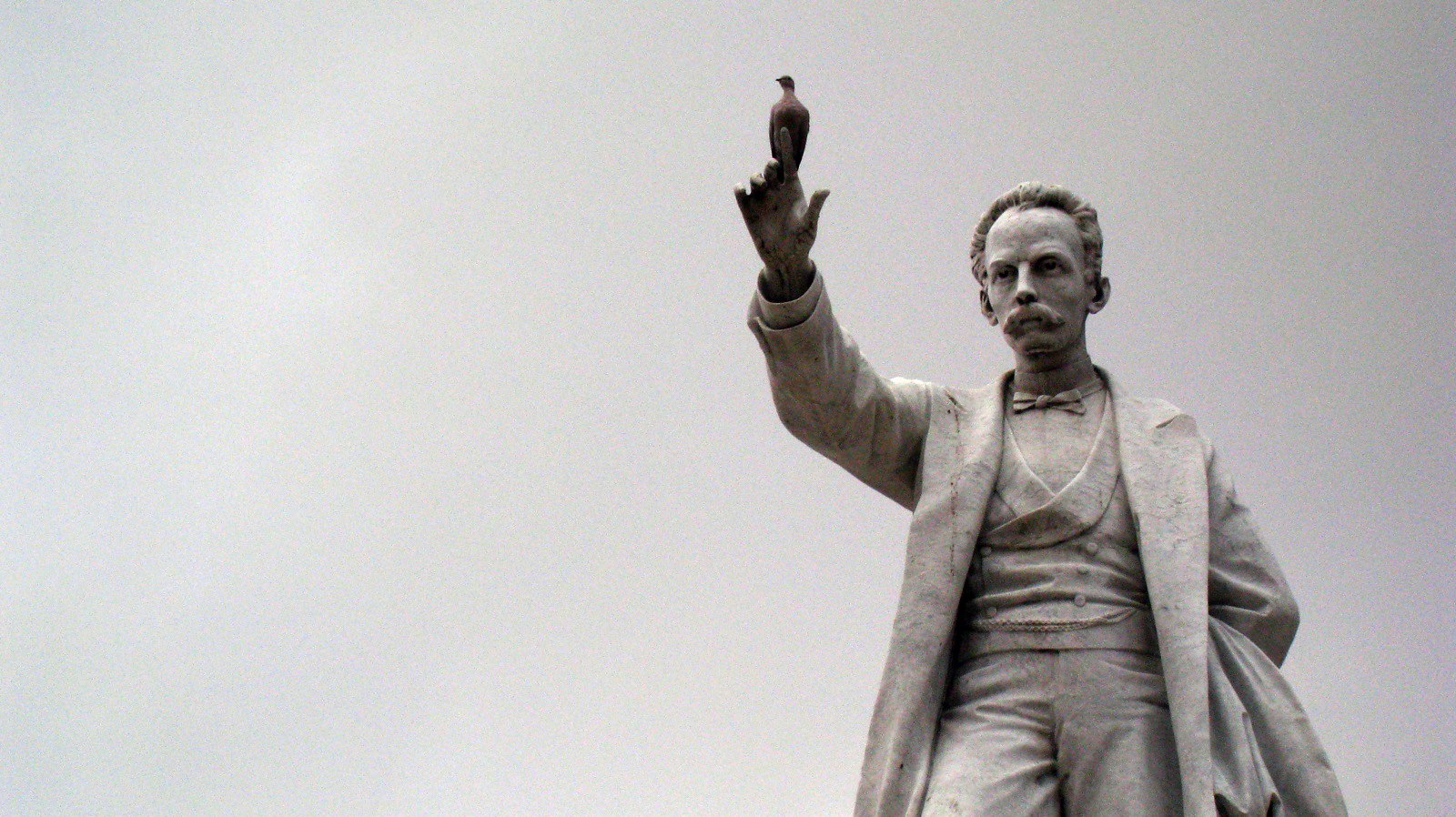 Interview with Katy Henderson, author of “Race, Discrimination, and the Cuban Constitution of 1940”

Katy Henderson is a senior research adviser with Oxfam America’s US Domestic Program. Previously, Henderson was a Brent Scowcroft Award Fellow with the Aspen Strategy Group, which focused on national security and foreign policy through Track II diplomacy. She is an affiliate of the Instituto Cubano de Investigación Cultural Juan Marinello and has worked closely with the Fundación Nicolás Guillén and the Instituto de Historia de Cuba. You can read her article “Race, Discrimination, and the Cuban Constitution of 1940” in HAHR 100.2.

When I was in undergrad at Macalester College I wanted to write an honors thesis comparing the work of Pablo Neruda and Derek Walcott, since I had just spent time living in Chile and found the political expressions of poetry a fascinating approach to studying history. My advisor suggested I look into the work of Nicolás Guillén, a famed Cuban poet, who also used poetry to express ideas of identity, race, and nationalism through the lens of Afrocubanismo, themes also used in the work of Walcott. Through studying the life and works of Guillén, I began to delve deeper into twentieth-century Cuba and especially the legacy of how race was built and understood within a Cuban context. Essentially my interest in Cuba is due entirely to the poetry of Guillén.

2. How can we understand, or seek to understand, how nonelite Afrocubanos may have thought about equality under the law and the rhetoric surrounding black political participation?

The thing that’s so fascinating about the Communist Party in early twentieth-century Cuba is that it was, especially after 1933, led by working-class black Cubans—Blas Roca, Jesús Menéndez, Lázaro Peña—who were critical labor leaders who chose to join and later led the Communist Party. The frustration that was consistently expressed by black Cubans is something we can see with organizations ranging from the Partido Independiente de Color to the labor unions that were overwhelmingly of African descent, organized to express discontent with the political and power systems in Cuba. The false promise of egalitarianism, put forth by José Martí and, in theory, solidified by the Cuban constitution of 1901, were not actualized by the Republic. So the voicing of discontent by black Cubans to these systems that denied equality and equity to a huge proportion (and in Oriente a majority) of the population is consistent throughout the early twentieth century, though understandably somewhat silenced after the Race War of 1912.

The frustration for how systems seemingly meant to incorporate the black voice in Cuba, which were unsuccessful or even lacking in efficacy, can also be seen in the protest of black fraternal organizations after 1933 by nonelite black Cubans. The patronage politics of black fraternal organizations and political leaders before 1933 were widely critiqued as excluding many black Cubans, especially working-class black Cubans, who were themselves not members of and often not invited to be included in fraternal organizations. There was a reckoning after 1933 with the fact that the very organizations meant to operate as an outlet for the black voice and to promote black political participation were complicit in the subjugation of the majority of black Cubans, who were non-elite and working class. We can see through these moments of criticism that there was a widespread understanding of exclusion to spaces with access to power based on race and class, which were in opposition to the Republic’s rhetoric of equality. Important to note, however, is that because the Cuban constitution extended the vote to “all Cubans” without any racial modifiers (though until 1933 this excluded women), the black vote represented nearly a one-third block of the population. Black political participation was quite steady in the Cuban republic, a contributing factor to the patronage politics of fraternal organizations, but until the Communist Party emerged there was little to no black political leadership.

3. Why did popular discourse on race in Cuba shift from being a taboo topic to being openly discussed and acknowledged in 1940?

The real shift in discourse that occurred was not so much in 1940—though that, I argue, was the solidification of an open and popular discourse around race in the political milieu in Cuba—but rather in 1933 with the revolution. The disruption of Cuba’s elite white political system by popular uprising, and the collective acknowledgement that the system had failed, created, I believe, an opening for the expressions of multifaceted discontent. Not only was the political system a failure for nonelite Cubans, but it also failed to actualize the promise of racial equality created during the wars for independence and subsequent constitution. But it also took a revolution, and an unseating of entrenched political powers, to open a space for a public discourse on race that had only recently been repressed through a widespread targeted killing of black Cubans in 1912. The impact of the Race War cannot be overstated when it comes to the repression of black political leadership and even open discourse on race, inequality, and discrimination. The murder of black Cubans who were themselves not members of the PIC but rather simply residents of Oriente created deep fear, especially since the war was more or less sanctioned by then-President José Miguel Gómez. The other movement that really contributed to the opening of dialogues around race was the late 1920s and early 1930s cultural movement Afrocubanismo, in which an effort to create a national culture was predicated on traditional Afro-Cuban cultural forms and expressions. The sudden celebration of black culture—music, poetry, dance—created an opening for the celebration of the expressions of blackness unique to Cubans of African descent and therefore unique to Cuba. The celebrations of these cultures made the expressions of blackness no longer dangerous. This, too, opened a space for a greater dialogue on race on the island.

4. How did the legacy of José Martí shape the discourse on race, color, and discrimination in 1940?

The legacy of José Martí touches all aspects of Cuban discourse, politics, and identity. As with any popular and famous leader, that legacy is co-opted and repurposed as times change. In the early twentieth century and throughout the Cuban Republic, the legacy of José Martí was used to provide proof of an egalitarian Cuba. Martí’s essays, especially “Nuestra América” and “Mi raza,” were used to demonstrate how the unique intermingling of races and peoples in Cuba, and especially the integrated soldiers of the independence wars, created a Cuban. There is no race in Cuba, because there are only Cubans. While the intent behind this language of inclusivity was surely good, these essays were used to undermine the critiques of black Cubans, and others, claiming to experience discrimination and systemic inequality. So by 1940, when public political discourse was slowly changing and opening to allow space for people to express their discontent without fear of severe (sometimes lethal) reprisal, many of the old-guard politicians again sought to use the words of Martí to undermine the arguments of their colleagues. These pre-1933 politicians would often accuse their new colleagues of being unpatriotic for suggesting that Martí’s claims of an egalitarian Cuba were incorrect, a terrible accusation. However, the specter of Martí and an egalitarian Cuba by 1940 no longer held the same power as in 1910 or 1912. There were, by then, many open and acknowledged examples of how the Cuban Republic treated different races differently, as well as a broad acknowledgement of the role of class. As a result the old-guard politicians could no longer use Martí’s words to excuse themselves from perpetuating racist systems of control.

5. What would you say is the most important legacy of the 1940 constitutional assembly?

There are many important legacies of the 1940 Constitution, but of the assembly itself I would argue the most important legacy is the monumental shift in political power away from pre-1933 political parties to new parties that reflected younger individuals with more radical ideas. The 1940 constitutional assembly cemented the Communist Party, for example, as a political party on the national stage with islandwide support. The assembly also cemented the power of the Auténticos, who would hold the presidency twice before Batista took power in 1952. The assembly created a spotlight for young political talent to stand on a national stage and speak new and radical ideas. The national reputation of Salvador García Agüero and Juan Marinello, for example, were solidified during the constitutional assembly as strong orators and progressive political leaders. And, as I argue in my article, I believe the constitutional assembly was the national political stage on which racial discrimination was acknowledged as a reality in Cuba, which allowed discourses around race and discrimination to enter public and policy dialogues moving forward.

I recently read Samantha Power’s memoir, The Education of an Idealist, and found that to be really powerful. On the fiction side, I recently read and loved Jacqueline Woodson’s novel Red at the Bone; she’s so succinct and yet has a capture of language that feels really powerful and unique.