Interview with Benjamin Bryce, author of “Undesirable Britons: South Asian Migration and the Making of a White Argentina” 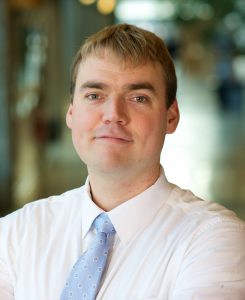 Benjamin Bryce is an assistant professor in the Department of History at the University of Northern British Columbia and received his PhD from York University in 2013. He is the author of To Belong in Buenos Aires: Germans, Argentines, and the Rise of a Pluralist Society (2018) and coeditor of Making Citizens in Argentina (2017). You can read his article “Undesirable Britons: South Asian Migration and the Making of a White Argentina” in HAHR 99.2.

1. How did you come to focus on Argentina as an area of research?

I first started reading about Argentine history when I was 17 years old. I had just been selected to go on a Rotary exchange (to Concepción, Tucumán), and I began preparing for my year abroad by reading my family’s copy of Encyclopedia Britannica. Once I got to Argentina, I read as much as I could, particularly on nineteenth-century Argentine history, independence, and state formation. I think I did this as much to learn about history as to improve my Spanish. During my BA at the University of British Columbia, I majored in History and minored in Latin American Studies. I wrote as many essays as I could on Argentine history, starting in my first-year world history class with an essay on protracted territorial disputes during the Cold War. I compared the Malvinas war with Sino-Soviet border disputes. When I started graduate school at York University, I don’t think I had any doubt that I would focus on Argentina. My Brazilianist/Cubanist advisor, Gillian McGillivray, was incredibly supportive.

2. Your article revolves around the arrival to Argentina of a relatively small group of Sikh laborers in 1912. How did you first come across this group of immigrants?

I was digging through the files of the British Foreign Office related to Argentina at the British National Archives, looking for materials for my new research project on immigrant-run hospitals in Buenos Aires (the British Hospital was one of eight such institutions in the city in the early twentieth century that provided healthcare along ethnic lines). I discovered a diplomatic row about something that to my knowledge could not have happened. I was incredibly intrigued by this small migration from India to Argentina and its implications for the historiography on European immigration to the country.

3. Your article engages with sources from three continents. What challenges did such primary research present?

The biggest challenge these days is more personal than professional. My partner, Anna, has been incredibly supportive and allowed me to keep up my traveling ways despite the arrival of our first child. Bringing an 18-month-old to Buenos Aires was both fun and disruptive for everybody except the guy who wanted to go the archives. Multisited research has always been a central part of my projects, and it is a common approach for research on international migration (long before other historians spoke of transnational and global history). After discovering important files in the United Kingdom, this project led me back to Buenos Aires (to the Archivo Histórico de la Cancillería, the Biblioteca Tornquist, the Biblioteca Nacional, the Archivo General de la Nación, and the Centro de Estudios Migratorios Latinoamericanos). I also returned to another archive in London (the India Office Records at the British Library). The sources from South Asia that found their way into this article were all stored in London and in English. As I expand this project to include Japanese, Chinese, Ottoman, Austro-Hungarian, and Russian migration, this intercontinental research will become more complicated. I am fortunate to have received the financial support from the Social Sciences and Humanities Research Council of Canada and from the Office of Research at the University of Northern British Columbia, which has enabled my own travel and allowed me to hire a postdoctoral research assistant, Dr. Martín Marimón, who did an amazing job digging through Buenos Aires newspapers and foreign ministry documents.

4. Recent historiography has looked at exclusionary laws regarding immigration throughout the Americas in the late nineteenth and twentieth centuries. How does your article build upon and develop this legal approach to the question of immigration?

Some great work has been done on various national contexts, particularly in regards to East and South Asian exclusion. I think more work should now be done on other forms of exclusion over issues of morality and ability as well as other groups that fell somewhere between desirable and undesirable in the racist hierarchies of elites and politicians. In the research on Asian exclusion, we have seen a progressive rise of similar exclusionary legislation across the Americas from the 1880s to the 1930s, with a great deal of borrowing between countries. What I found striking about exclusion in Argentina is that there was not a similar body of laws. This absence has led some scholars to suggest that exclusion was not a central issue in Argentina at the turn of the twentieth century. Nevertheless, exclusion did take place, but often behind the scenes, in the labor market, and through diplomatic channels. In this HAHR article and the broader book project that this is now becoming, I am eager to find laws regarding immigration and exclusion, but the case of Sikh exclusion in Argentina before 1914 is a great example of the need to look beyond formal legislation.

5. Could you expand on the resonances of the xenophobic response to the Sikh immigrants in 1912 Argentina for our contemporary moment of anxiety over immigration?

I would not stress continuity, but there are definite similarities between now and 100 years ago. From the 1950s to the early 2000s, across the Americas, ethnic- and race-based exclusion appeared to be in decline. But the current climate in the United States, Canada, and various parts of the European Union (including the United Kingdom) sure seems similar to Argentina in 1912. In Argentina today, a very large group of people express concerns about Paraguayan and Bolivian migrants in ways not dissimilar to what I write about in my recent article. Yet what is also important is that people in Argentina who express anti-immigrant sentiments today look back to the era I study and imagine open borders with only “desirable” immigration. I think that by highlighting a historical case of xenophobia and by showing the connections between inclusion and exclusion (the inclusion of European migrants and the simultaneous exclusion of South and East Asians), Argentines advocating for tolerance, sanctuary, and inclusion today might have a few more tools to challenge popular and political efforts to exclude migrants.

I just read Jason Colby’s Orca: How We Came to Know and Love the Ocean’s Greatest Predator (2018). It tracks the quick transition—from the 1960s to the 1980s—from a culture of whaling to a culture of conservation in the area in and around Seattle, Vancouver, and Victoria. I think it is a must-read for anybody spending time in the Pacific Northwest or visiting an aquarium elsewhere.