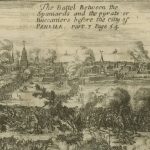 Arne Bialuschewski is assistant professor of history at Trent University. His research centers on cross-cultural relations in the seventeenth-century Atlantic world, early modern piracy, and the slave trade. Currently he is studying the relations between buccaneers and indigenous groups in Central America in the seventeenth century. You can read his article “Juan Gallardo: A Native American Buccaneer” in HAHR 100:2.

1. How did you come to focus on raiding in seventeenth-century Latin America as an area of research?

As an undergraduate student I became interested in early modern piracy. My research was initially focused on the Indian Ocean. When I moved to North America my interest shifted to the Greater Caribbean, and I realized that cross-cultural relations was a central theme that I wanted to pursue. For a while I worked on piracy in the early eighteenth century, but I soon learned that there is much more to be discovered in the understudied seventeenth century. The sources in the Archivo General de Indias are so rich in detail that I needed quite some time to put the piecemeal information together. I am very fortunate to have numerous colleagues and friends who supported my research over the years and provided information in fields where I have little or no expertise. I cannot thank them enough. 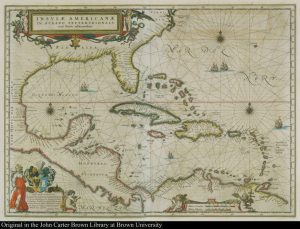 2. How representative are the experiences of Juan Gallardo? Were many indigenous men (and women) part of these marauding crews?

There can be no doubt that Gallardo was an exceptional man. For about two and a half years two abducted Mayas were in a similar position and accompanied French raiders, but one of them was captured by the Spaniards, and the other disappeared from the historical record. Mosquito men often joined marauding crews, as was the case of the gang that raided Granada in 1665. These men usually got back home. The overwhelming majority of indigenous people on privateering vessels were captives, however. They were forced to accompany these gangs during their voyages. Some spent years among freebooters. These men were set ashore whenever they ceased to be useful, sometimes thousands of miles from their homes. The Spanish authorities were very suspicious of such castaways and pressed them for comprehensive information about the marauders. These documents are, of course, fantastic sources for historians. On the other hand, we know very little about native women who encountered raiders in coastal regions all over the Caribbean Rim. Scattered information about the Yucatán Peninsula indicates that many were abused. They were probably the silent victims of the often romanticized freebooters.

This is an excellent question that I am trying to answer in my forthcoming book Raiders and Natives: Cross-Cultural Relations in the Age of Buccaneers. Many native communities, particularly on the Mosquito Coast and in Panamá’s Darién province, forged alliances with non-Spanish visitors. While we already know a lot about the Mosquitos, there is little research on the Cunas. I found their dealings with the marauders much more interesting because they lived in a frontier region that was penetrated by missionaries and gold miners along with their slaves. Some of the Cuna chiefs advanced their own agenda by pitting one intruding party—Spaniards as well as raiders—against the other. There was also a lot of material and cultural exchange in the latter half of the seventeenth century, and freebooters clearly relied on support from local communities. The fortunes of the raiders waned when Spanish officials managed to expand colonial authority into certain coastal regions. 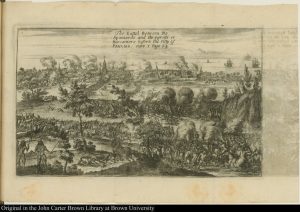 4. Why do you think Gallardo continued to join raid after raid, rather than eventually settling or even taking time between incursions? How did you come to understand his character and psychology?

The manuscripts that survive in the Archivo General de Centro América say that Gallardo was convicted for murder, branded on the face, and declared a slave of the hospital of Granada in Nicaragua. This is odd because I assume that he would have been executed as a murderer. Perhaps he was only involved in a murder, but this is speculation. However, he certainly had a troubled past, which deeply affected his life. It is reasonable to assume that he was not only fiercely anti-Spanish but also traumatized. There is an eyewitness account of a man who stayed with Gallardo in Tortuga after the successful Maracaibo raid of 1666. He reported that he had to lodge his African slave in another house because he feared Gallardo might kill this unfortunate man. We know that all these men lived in a rough social environment where violence and death were daily occurrences, but the fact that this witness mentioned this detail is remarkable and indicates that Gallardo really dealt with severe psychological issues. On the other hand, being part of a heavily armed raiding gang may have given him a sense of power that he had never felt before. Gallardo likely enjoyed a level of respect and recognition that was virtually impossible to achieve elsewhere for Native Americans in the seventeenth-century Caribbean. In the last few years I had the chance to discuss the psychology of raiding with students in my fourth-year course on early modern piracy. It is an interesting field, and there is much more to be researched.

5. What can we learn about the limits of Spanish colonialism, especially in regions poorly controlled or entirely unconquered, from incursions led by the likes of Morgan and Prins?

When this multinational raiding gang consisting of about 130 men assaulted Granada in 1665, the governor of Nicaragua in León initially assumed that this would be a full-scale invasion of Central America. He must have been horrified to learn that hundreds of Chorotega men joined the enemies. Interestingly, the report that the English commanders filed with the Jamaican authorities after the raid mentioned that colonial rule in Nicaragua was weak and that 500 armed men would be sufficient to conquer the entire province. There are few examples of failed incursions, and in all cases that I can think of the intruders were repulsed by indigenous bowmen. Colonial authority outside the centers of Spanish settlement was very weak. Both officials and raiders were aware of the fact that alliances with native groups was key to success in the perennial conflicts of the seventeenth century.

I have just read James Rice’s article on Native American warfare in the January issue of the William and Mary Quarterly. It is a great piece of research, and I suspect that much of what the author writes about the Chesapeake region also applies to other parts of the Americas. Unfortunately, I barely have time to read books that do not immediately relate to my field of research. I was impressed, however, with Wim Klooster’s The Dutch Moment, which I read last summer.

Top image: The Battel Between the Spaniards and the pyrats or Buccaniers before the citty of Panama, 1684. Courtesy of the John Carter Brown Library. Licensed under CC BY-SA 4.0. (Find the original here. Image cropped and MB size was adjusted.)

Third Image: The Battel Between the Spaniards and the pyrats or Buccaniers before the citty of Panama, 1684. Courtesy of the John Carter Brown Library. Licensed under CC BY-SA 4.0. (Find the original here. Image MB size was adjusted.)