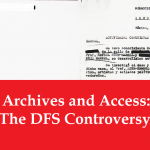 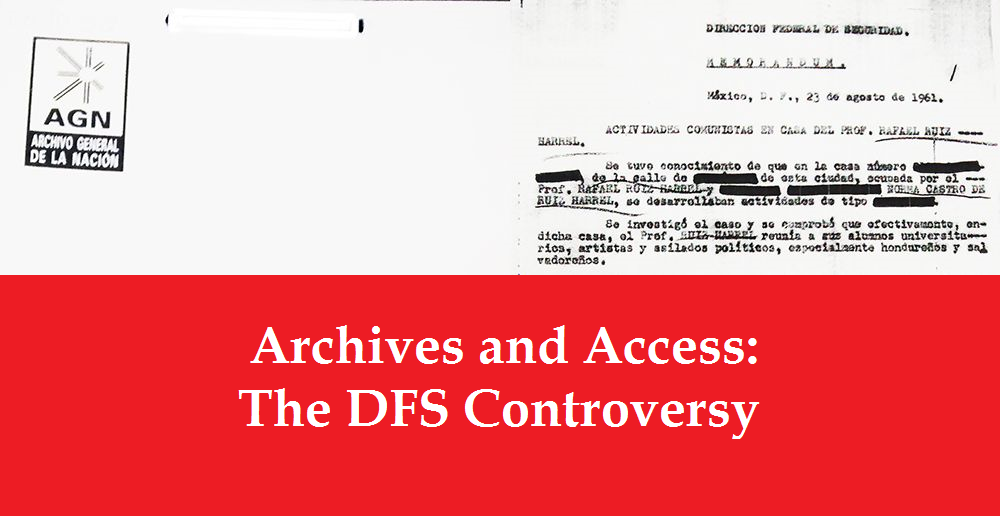 Ever since their opening to the public in 2002, the archives of the Dirección Federal de Seguridad (DFS) have proven to be both an invaluable trove for researchers and a political lightning rod. In January of this year, new restrictions on access to this source were announced, threatening a burgeoning historiography on Mexico’s dirty war and on the country’s social and political movements from the 1950s to the 1980s, in addition to raising broader questions about freedom of scholarly inquiry and open access to state records.

The closure raised questions about the role that researchers should play in ensuring continued access to public records, and HAHR has invited a number of leading historians to open up a conversation about the context for and ramifications of these new restrictions on access to the DFS archives. We invite all readers to weigh in on this debate.