Interview with Rafael Pedemonte, author of “The Meeting of Revolutionary Roads: Chilean-Cuban Interactions, 1959–1970” 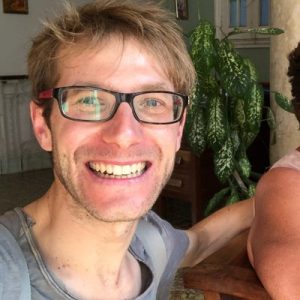 Rafael Pedemonte obtained his PhD jointly from the University of Paris 1 Panthéon-Sorbonne and the Pontifical Catholic University of Chile in 2016. He is now a postdoctoral assistant at Ghent University in Belgium, where he works on a project aimed at reassessing the Cuban Revolution and its ideological transformation from 1952 to 1974. You can read his article “The Meeting of Revolutionary Roads: Chilean-Cuban Interactions, 1959–1970” in HAHR 99.2.

1. How did you come to the international relations of the Cuban Revolution as an area of research?

I was first interested in Soviet foreign policy with Latin American countries, and I soon realized that no attempt to delve into this subject could proceed without special attention to Cuba. I went for the first time to the island in 2014, and I became disappointed by the general depiction of Havana’s foreign policy after 1959 provided by most historians and experts within and outside the island. Partial and distorted views of Cuban history were strikingly abundant within the French intellectual community, where I was conducting my PhD. Together with reproducing well deep-rooted “myths,” most historians were inclined to excessively emphasize Fidel Castro’s speeches as defining Cuba’s interest abroad. I wanted to search for new and original sources, because I was quite convinced that many other components should be added to the general picture of Cuban relations with the outside world, and that pushed me to continue in this investigative line.

I want to distinguish here Cuba’s international reception (or impact), and Havana’s transformations due to foreign developments. I wouldn’t say that the study of the Cuban Revolution’s reception abroad is burgeoning currently, as this has actually been subjected to deep examination in several countries and has become the main topic of numerous publications since the 1960s. But the emphasis has often been overwhelmingly placed on the Cuban influence in other countries, without trying to reflect on how external evolutions were also decisive in defining Havana’s priorities.

In my opinion, a good piece of global history should stress how a specific country can affect and be affected by international interactions. This second dimension is rarely outlined when it comes to Cuba. However, I could easily see during my first trips to Cuba that the Allende experience, for instance, left a deep impression on many Cubans, forcing them to reconsider their strongly anchored revolutionary and ideological leanings. In short, with this article I wished to complete the jigsaw of Chilean-Cuban relations, incorporating processes prior to the Allende government and underscoring how significant was the emergence of the “Chilean road to socialism” for the Cubans. This type of approach can also be adopted to measure, for example, the impact in Cuba of the Juan Velasco Alvarado military government in Peru (1968–75) and, of course, “chavismo” in Venezuela.

3. Your research draws on government archives from multiple countries—one of which, Cuba’s, has been known to be difficult to access. What challenges did you face in conducting this research? How did you face these challenges?

Accessing to the Cuban archives is, indeed, a tall order. When I first went to Cuba, nobody wanted to grant me access to the archives I needed to consult; they didn’t know me, and I returned with low expectations. Contrary to what happens in other countries, the researcher’s position in Cuba is not always determined by an established and immutable official policy but rather by your relationships with other scholars and a degree of trust. I was unexperienced, and I didn’t have a political connection with Cuban officials (which can also help accessing the archives). I knocked on several doors, made hundreds of telephone calls, and waited for hours in public institutions to be able to talk with the one “compañera/o” who could favorably respond to my requests.

Interviewing old revolutionaries also proved very fruitful, since they maintain a close circle of acquaintances and can unofficially guide you to the right person. But it’s a long, and sometimes tedious, process. I wouldn’t recommend that anybody expect that they will be able to consult “sensitive” documents during a first research trip to Cuba.

4. What lessons, if any, does your story of Cuban-Chilean interactions during a period of left-wing triumphs and then right-wing retrenchment have for our present moment?

The main lesson I draw from this Latin American era of “revolutionary effervescence” is that we should not forget the importance of ideology while analyzing past and current developments in the continent. Whether we focus on today’s Venezuela or on the new American sanctions against Cuba, we often think in terms of strategic concerns or the effect of economic deterrence. But where is ideology in that picture? Cuban authorities, as well as Venezuelan, will not simply give up in the face of other countries’ sanctions, because many of the ruling leaders shared strong ideological beliefs, based on principles that couldn’t be swiftly scrapped as a result of geopolitical moves. There is continuity between the worldview of the Left that characterized the 1960s, 1970s, and 1980s and, say, the political philosophy of Nicolás Maduro, who received ideological training in the 1980s in the schools of revolutionary instruction of the Cuban Communist Party. This powerful revolutionary “ethos” is also behind key political decisions, but in our very pragmatic world this seems sometimes hard to conceive. Many observers as well as decision-makers overlook this essential factor. Moving back to the past—examining, for instance, the profound convictions that moved Allende or Guevara to die the way they did—could offer us some clues for understanding what is going on today in Latin America.

5. Is your careful discussion of Chilean-Cuban relations part of a broader project? If so, can you share a bit about this project?

Not really. It is rather the culmination of the work I had started for my PhD dissertation in 2011. In my new project, I move to Cuba in the 1950s. I am trying to decipher which elements from the Batista regime (1952–59) help explain the advent of the Cuban Revolution. I am quite persuaded that, contrary to the old “vulgate” interpretation stressing the unavoidable role of the political “vanguard,” the Cuban Revolution could be better grasped by transferring our focus from Fidel Castro and his insurrectionary movement to the collapse of the Batista regime. In short, instead of a history of Castro’s rise (which has been repeatedly and successfully done), I attempt to write a history of the Batista dictatorship’s meltdown.

I will go for fiction. I recently discovered a wonderful but completely forgotten Belgian writer, Conrad Detrez. He had an amazing life. He was first a seminarian in Belgium before moving to Brazil in the 1960s, where he witnessed the coup d’état against Goulart, was tortured in Brazilian prison cells, and experienced a phase of rapid political radicalization, meeting for instance Carlos Marighella and translating his famous manual. Back in Europe, Detrez was active in Paris during May 1968. He also lived in Algeria at a crucial time. After obtaining French nationality, he was sent to Nicaragua under the Sandinistas as cultural attaché. Detrez is a thrilling figure, unfairly forgotten after his premature death in 1985 due to health problems compounded by AIDS.

And the good news is that he wrote several novels depicting his Latin American experiences. My favorite is La ceinture de feu (Zone of fire), staged in Nicaragua. But his most successful novel, also a masterpiece, is set in Brazil and was magnificently translated into English: A Weed for Burning.