Interview with Adrian Masters, author of “A Thousand Invisible Architects: Vassals, the Petition and Response System, and the Creation of Spanish Imperial Caste Legislation” 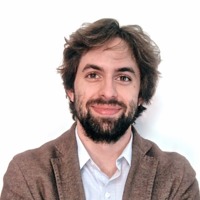 Adrian Masters is a Postdoctoral Fellow at the Institute of Historical Studies at the University of Texas at Austin. He is coauthoring a monograph with Jorge Cañizares-Esguerra, tentatively entitled The Radical Spanish Empire (Harvard University Press, forthcoming). You can read his new article “A Thousand Invisible Architects: Vassals, the Petition and Response System, and the Creation of Spanish Imperial Caste Legislation” in HAHR 98.3.

1. What got you interested in Spanish imperial caste legislation as an area of research?

I began this path when I discovered the case of Pedro Rengifo, the part-Indian, part-Spanish “mestizo” of Peru who won a 1588 decree establishing Spanish-mestizo equality. This was a few years back. I compared the texts of his petition and the final decree, and thought “no way is it possible the Council used his words verbatim.” But then I found more cases related to so-called “caste” categories, and soon enough I realized this was extremely common. Now, one of my long, long-term projects is to discover every royal, viceregal, municipal, and papal decree about mestizos, and identify who prompted them (when possible) through the methodology I lay out in the article. Already I’ve found surprising things – for instance, at the viceregal level, Indian men and women of all social statuses dominate this process, not Spanish elites. And because there are hundreds of these laws by 1600, I have a feeling I’ll be working on this topic for many years.

2. What challenges were posed by your source base for this article?

Petitions and decrees are both very difficult sources. They are extremely numerous (perhaps millions) for the sixteenth century alone; I have yet to read about 7,000 pages of Peruvian decrees from the mid-1500s, and many more petitions in the Archive of the Indies. I was simultaneously studying the documents themselves, as well as their contents, looking for caste terms and clues about the workings of the Council. They aren’t just numerous; there was the task of sorting these petitions and decrees into different categories, which I soon realized was somewhat of a fool’s errand. Another problem has been figuring out how long petitions took to get from the Indies to Madrid, and the decrees from Madrid to the Indies – that’s also difficult to figure out. I could go on and on about the challenges! But hopefully this article clears the path for others to join in – there is still a lot we have to learn about these texts. Understanding the Spanish imperial petition-and-response system will have to be a collective undertaking.

3. You have a website that chronicles interesting stories that could not be included in this project, https://www.nonsufficitorbis.com/. Would you mind sharing one or two here? (Cat stories are encouraged, as this is the internet.)

Absolutely! The cat story is really striking. On April, 25, 1566, a field justice of the Spanish city of Coria, Extremadura, reports “a monstrous thing, and never before seen, and which repugnates nature,” and had the scribe record witness testimonies about it. The cat had found abandoned chicks, “hatched them, and took the chicks from the eggs, and then proceeded to raise them.” The villagers seemed to think this was very funny and did not respond in any “superstitious” way. The justice was perturbed, but because of the “monstrous” species mismatch. I conclude that Spaniards didn’t see Satan around every corner, but they did constantly resort to bureaucracy, especially the written word of officials, when they encountered the unusual.

Another story features a letter that falls from Heaven in 1500s Ávila. The letter’s tittle is “a transcript of a letter that fell from heaven to earth in which God wrote from his heart, and must be believed by all, which was found in Saint Mary the New which is seven leagues from Ávila, and goes like this….” The letter reads suspiciously like a divine intervention in some dispute; it’s got many legal terms and a strong judicial tone. In the Spanish empire, even God was a paper-loving bureaucrat! So what are the takeaways from these stories? For starters, we have to think in depth about this bureaucratic mentality in order to understand subjects in the Spanish Empire.

4. This article stems from your recently completed dissertation, entitled “Creating Law in the Spanish Empire: Petitioners, Royal Decrees, and the Council of the Indies, 1524–1598.” What advice would you give to early career researchers about translating one’s dissertation research into a publishable article?

When writing articles, start early—very early. And be patient. It’s a very long process, with many twists and turns. Also, think hard about how to percolate your major arguments into an article-length piece—we historians are long-winded, and expressing a huge project briefly and concisely is often times the hardest part of writing.

A few great books! One is a new book by Dr. José Carlos de la Puente Luna, Andean Cosmopolitans. It’s an incredibly detailed look at how Peruvian Indians traveled to the Hapsburg courts in Peru and Europe seeking gobierno, gracia, and justicia rewards. It goes very in-depth into the local Indian organizations that funded these efforts but also traces their lives to Lima and Madrid. It’s excellent.

Another book that came out a while ago but that I can’t get enough of is the 2015 Agents of Empire by Noel Malcolm. It’s about two important Albanian dynasties in the 1500s who become tangled up in imperial intrigues between the Hapsburg, Papal, Venetian, and Ottoman worlds. It’s long, but I’ve read it three times it’s so good. Not to mention that Malcolm is a bit like his subjects: he knows an incredible number of languages and uses sources from Albanian, English, Italian, French, Greek, Hungarian, Latin, Macedonian, Polish, Romanian, Serbo-Croatian, Spanish, and Turkish, as well as some Ottoman. I probably even missed a few! This is global history of the finest sort.

Speaking of works which are worth checking out, I also wanted to take this moment to correct an important oversight in my article. In his essay “Andean Activism and the Reformulation of Mestizo Agency and Identity in Early Colonial Peru,” Professor Felipe Ruan noted in 2012 that the mestizo petitioner Pedro Rengifo’s petition appears verbatim within the 1588 royal decree on mestizo equality (see p. 221). While I have had the pleasure both of reading this article many times, and have met Prof. Ruan in person, I failed to acknowledge this important piece in my final article (due to a careless but no less unfortunate keystroke sometime quite far into the editing process). This is a shame, both because Prof. Ruan’s work was clearly a major part of this new line of inquiry but also because readers interested in the mechanics of the petition-and-response system will find this article very useful. It’s also very important for understanding how petitioning and “racial” self-identities interact, and hints at a major but little-studied praxis through which imperial subjects (including mestizos) sought Papal edicts alongside Spanish royal decrees. Lastly, he also studies an important part of petitions, the probanza, in a related 2017 article. Both are well worth checking out!