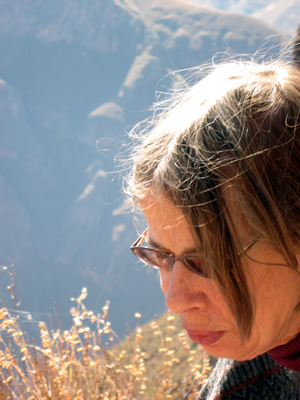 of Faculty Fellow Sabine MacCormack, who suffered a heart attack while gardening, one of her favorite pursuits. She was 71.

“Sabine was one of Notre Dame’s most distinguished faculty members,” said Kellogg Institute Director Scott Mainwaring. “Beyond that, she was a person of great generosity and warmth. She was tireless and fearless in working for the collective good, and touched many lives in many places. I will remember her with the greatest admiration and affection.”

John McGreevy, I.A. O’Shaughnessy Dean of the College of Arts and Letters, called MacCormack “one of the leading humanists” in contemporary academia, noting that “her scholarly range, from antiquity to the colonial Andes, was matched by her extraordinary scholarly passion.”

Remarkable Range of Scholarship
The Rev. Theodore M. Hesburgh, CSC, Professor of Arts and Letters, MacCormack was professor of both history and classics, achieving prominence in both disciplines in works that spanned the Roman empire and late antiquity, the Andes in the 16th and 17th centuries, and interaction between Andean and European cultures and religions.

“She had one of the most fertile and creative scholarly minds I’ve known, always generating new ideas and new projects, always noting what stood out of the box, always able to identify promising, innovative approaches and ideas,” said Faculty Fellow Ted Beatty, a fellow Latin American historian. 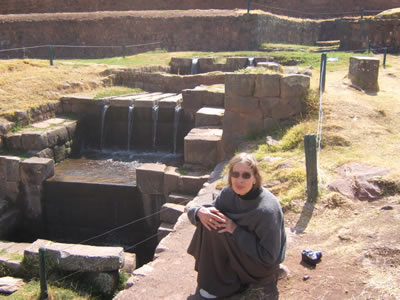 The recipient of the Andrew W. Mellon Foundation’s Distinguished Achievement Award in 2001, MacCormack was elected to American Academy of Arts and Sciences in 2007. She was the author of numerous articles and book chapters in several languages and the author of five books, includingArt and Ceremony in Late Antiquity; Religion in the Andes: Vision and Imagination in Early Colonial Peru; The Shadows of Poetry: Vergil in the Mind of Augustine; and, most recently, On the Wings of Time: Rome, the Incas, Spain and Peru.

“She was perhaps the first, and certainly the best, to take the position that a historian must work from within both traditions—the Catholic and the Andean—in order to understand the ways in which religious imagination emerged in the colonial context. Her critical insight into Spanish texts allowed an Andean worldview to appear alongside the Catholic view that sought to replace it.” 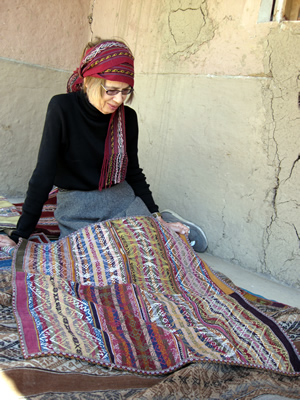 and contributed in ways large and small to the Institute’s mission. With great affection, she called the Kellogg community her home at Notre Dame.

“Sabine was peerless,” said Anthropology Department chair Susan Blum, who served on the Kellogg Faculty Committee with MacCormack. “I was always awed by her courage and clarity.”

MacCormack’s arrival at the University catalyzed the establishment of Notre Dame’s PhD track in Latin American history. She was also instrumental in creating the University’s Latin American Indigenous Language Learning (LAILL) Program, which she endowed with funds from her Mellon Foundation award.

Projects that focused on building connections with and between indigenous peoples of the Americas were dear to her heart. She was proud that the LAILL program gave Notre Dame students “a window into the indigenous world.”

Most recently, she organized the 2011 Symposium on Teaching and Learning Indigenous Languages of Latin America (STLILLA 2011), which brought together experts, including many indigenous participants, from across the Americas. At the time of her death she was editing a collection of essays by conference participants.

Role Model and Mentor
Students and colleagues remember MacCormack not only as an insightful scholar but also as an invaluable and inspirational mentor.

“She was a true role model,” wrote Anne McGinness, a graduate student advisee.

“I will always admire her ability to give energy, time, and wisdom to her students and colleagues,” said Katy Kole, another of MacCormack’s graduate students.  “Every time that I spoke with Sabine she filled me with confidence and positive motivation.”

Anthropologist Margarita Huayhua of Peru, who served as a Notre Dame Quechua instructor, credits MacCormack with encouraging her doctoral studies. “Sabine was one of the most important persons in my life,” she said. “She believed in my capacities and my work.”

“I can only imagine how many ‘orphans’ she has left behind—students, colleagues, projects,” wrote Alan Durston, associate professor of history at York University in Toronto and a keynoter at the fall conference. “She did more for my career than almost anyone, and I wasn’t even her student.”

For his part, Beatty recalls the many young historians who have told him it was her Religion in the Andes that inspired them to pursue graduate studies.

But MacCormack did not focus only on graduate students, taking time each year from her scholarly projects to mentor undergraduates. In 2011–12 she was thesis advisor for Joseph VanderZee ’12, a participant in the Kellogg International Scholars Program.

“I know that her example opened my mind to the potential that the life of the researcher and humanist can have in service to communities like the Kellogg Institute, our University, or even entire cultural families—like Quechua-speaking Andeans or the Catholic Church—and not to mention the countless individuals she touched,” he wrote. “I hope I can pay back that legacy in some way through my own life and scholarship.”

Boundless Creative Spirit
A colleague recalls the craftsmanship with which MacCormack approached her writing, with each word and sentence receiving the same careful attention. Others remember her hospitality and caring attention, whether in South Bend, Rome, or Cusco.

MacCormack was also an accomplished painter, carrying her watercolors with her on journeys in the Andes. A MacCormack original graces the cover of On the Wings of Time, as well as at least one other volume with the University of Notre Dame Press.