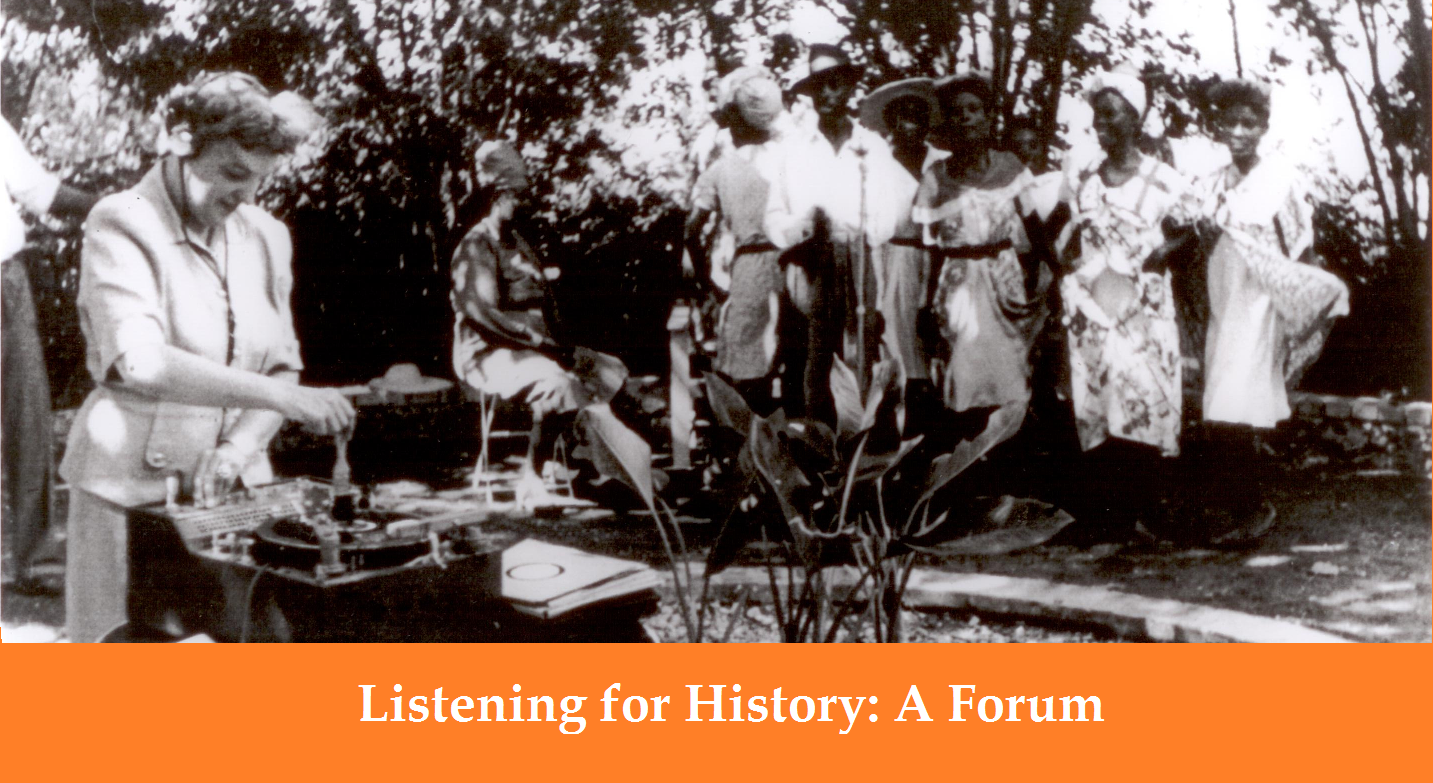 Forum on “Listening for History”

Scholars of Latin America have long been concerned with sound. In their forum organized for HAHR 96.2, Alejandra Bronfman and Christine Ehrick invited numerous scholars (Gala Porras-Kim, Elizabeth Dore, and Marc A. Hertzman) to interrogate this concern, opening up critical conversations that deploy sound as a principal category of analysis. The forum pieces not only compellingly suggest what sound studies can contribute to Latin American history–and vice versa–but also incorporate sound itself within their arguments by allowing online readers access to the aural artifacts discussed–a historic first for HAHR. Please explore this freely accessible forum–and listen to the sounds discussed within–at http://hahr.dukejournals.org/content/96/2.toc.

This open online forum expands the discussion by inviting leading scholars of history and sound studies to reflect upon the issues raised by the forum. We invite all readers to provide their own reflections to the forum as part of a rigorous interdisciplinary dialogue and debate on the implications of the sonic for the study of Latin American history.

4 Comments on “Forum on “Listening for History””