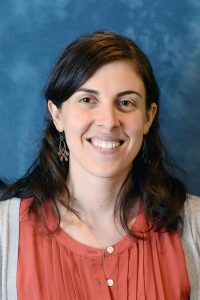 Corinna Zeltsman is an Assistant Professor of History at Georgia Southern University. You can read her article, “Defining Responsibility: Printers, Politics, and Law in Early Republican Mexico City,” in HAHR 98.2.

1. What got you interested in Mexico as an area of research?

As an undergraduate, I had completed a Latin American Studies major focused on Bolivia and the Andes. Then, I spent time working and learning in the world of book arts and letterpress printing. In this environment, I encountered many narratives about the history of print—mostly told as a European and especially an Anglophone story—but wondered about how Latin America’s trajectory fit into or challenged those narratives. When I decided to pursue graduate work, I quickly realized that Mexico was the best context to examine these questions. Being the site of the oldest printing tradition in the Western Hemisphere, Mexico City immediately drew my attention as a potential place to focus my studies, and I soon encountered a robust community of scholars in Latin America who were exploring the region’s printing and book history and its broader relevance. I was hooked, and have been privileged to learn from both Mexico- and US-based scholars as I developed my research.

2. The issues that you raise in your article—press freedom, attacks on the press, democracy, the public sphere—all seem to have tremendous relevance for Mexico today, particularly given the violence that journalists there have faced recently. Do you see the controversy surrounding the publication of José María Gutiérrez Estrada’s pamphlet as part of a genealogy of this present moment in Mexico? If so, how?

That’s an interesting question. Much has changed since 1840, from the means through which political commentary is produced and disseminated, to the nature and relative strength of the state that regulates press freedom, to the normalization of extreme violence. Looking back at the early republican era, it is clear that coercion, harassment, and violence have long played a role in top-down efforts to manage information and shape the possibilities of politics in Mexico. Press freedom was rarely conceptualized as a limitless right, but Mexicans actively debated where and how these limits should be drawn. Within this climate, as the Gutiérrez Estrada case shows, printers and other political facilitators became adept at managing the risks associated with publishing controversial materials via an array of tactics including relying on patrons and cultivating well-heeled audiences for support and protection. These issues resonate today as Mexicans navigate and push the boundaries of tolerated speech in the public sphere. I think it’s important to consider how contemporary journalists (and their collaborators) negotiate the extremely elevated risks of publishing at the level of everyday practice—for example, their networks of affiliation and economic support. Social media has obviously expanded who can enter into public debate, but print media attracts heightened scrutiny from officials and cartels alike because of its historical and symbolic importance.

3. On your professional website, you mention that you are trained as a letterpress printer. How did this experience play into your research for the article? Did it give you any particular insight that the more traditional tools of the historian’s craft, such as archival research, could not?

My experiences as a letterpress printer have fundamentally shaped my approach to research, in that I view printed documents not just as written texts but as material objects brought into being through concrete practices that are themselves shaped by social realities, technological constraints, and cultural conventions. My knowledge of printing shop practices, for example, helped me evaluate some of the argumentative strategies used by the article’s main character, Ignacio Cumplido, as he tries to navigate the thorny politics of legal responsibility after having knowingly published a controversial text. These experiences also enrich the task of reconstructing how printing shops functioned as spaces of intellectual production and exchange. One of the best parts about working in a contemporary printshop is the shop talk: sharing advice and opinions, discussing problem customers or printing world gossip, and rolling eyes about particularly annoying or dull projects.

4. This article stems from your recently completed dissertation, entitled “Ink under the Fingernails: Making Print in Nineteenth-Century Mexico City.” What advice would you give to early career researchers about translating one’s dissertation research into a publishable article?

The biggest challenge for translating dissertation research, in my experience, was stepping back from the work to 1. disentangle the particular case from the broader arc of the dissertation and 2. identify the bigger stakes that resonate with a broader academic community. One of the best ways to get a little distance, I found, was to re-read some of the scholarship that I had put aside in the course of finishing the dissertation and reconsider how my work related to it in the narrower context of an article. I also gained perspective by swapping writing with readers not in my immediate circle or field. Finally, the peer review process itself was a great source of feedback and new ideas that helped me rethink the immediate article as well as future research directions. Especially if the article forms part of a book project, it’s good to keep in mind that these ideas will likely continue to evolve in some form or another. But you’ve got to try to put it in print eventually!

5. Read anything good recently?
I learned a lot from Kelly Donahue-Wallace’s Jerónimo Antonio Gil and the Idea of the Spanish Enlightenment, which explores the role of the auxiliary arts (engraving, typography, etc.) in the artistic and intellectual milieu of Bourbon Spain and Mexico City through a detailed exploration of the career of Gil, the founder of Mexico’ Academy of San Carlos. I’ve also been enjoying Ronald Briggs’s The Moral Electricity of Print: Transatlantic Education and the Lima Women’s Circuit, 1876-1910, which explores the significance Latin American reformers placed on the medium of print as an educational yet aspirational technology (articulated interestingly through his notion of “books in the subjunctive tense.”)