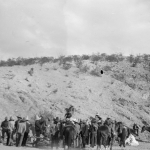 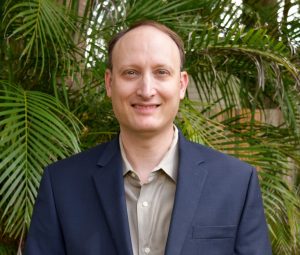 Mikael D. Wolfe is assistant professor of history at Stanford University. His work has centered on the intersection of environmental, technological, social, and political change in late nineteenth- and twentieth-century Mexico and Latin America. He is the author of Watering the Revolution: An Environmental and Technological History of Agrarian Reform in Mexico (Duke University Press, 2017), which received the 2018 Conference on Latin American History‘s Elinor K. Melville Prize for Latin American Environmental History. You can read his article “The Climate of Conflict: Politico-environmental Press Coverage and the Eruption of the Mexican Revolution, 1907–1911” in HAHR 99.3.

1. How did you come to Mexico as an area of research?

Before I became a Mexicanist, I studied the history of Japan and Korea. I took a break from graduate school at the University of Chicago and worked for an environmental NGO in Mexico City, where I learned a lot about Mexico’s environmental challenges and got interested in environmental history. Attending a talk by Mexico’s preeminent history of water, Luis Aboites, at the Colego de México, sealed the deal for me in changing my field from East Asia to Latin America (and therefore my decision to stay in graduate school): Aboites’s presentation was on the Archivo Histórico del Agua, a vast repository of water-related materials from across Mexico, about which he said, “there are many theses waiting to be written using these materials.” I answered his call, and the rest is history!

2. Your previous, award-winning book covered water uses in the arid Comarca Lagunera region in north-central Mexico. How, if at all, did your HAHR article on climate and the Mexican Revolution develop from this previous study?

The research I did for my first book led me directly to this second book project on climate and revolution in Mexico and Cuba. In examining water and land reform through the lens of engineers, landowners, peasants, and politicians in the Laguna region during the postrevolutionary period (1920s to 1960s), climatic variability often came up in my sources. However, I didn’t make the topic central to my book or engage directly with climate history as such. In my HAHR article, I make climate central by explicitly investigating its connection to the agrarian origins of the Mexican Revolution, not just in the Laguna but also throughout the country. 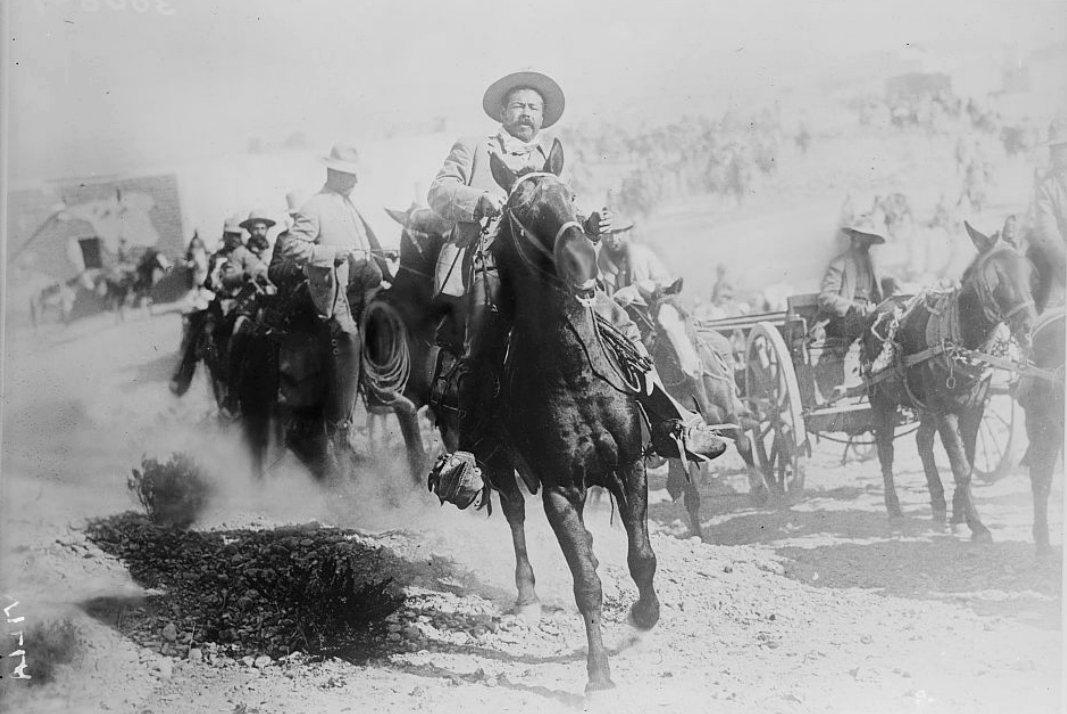 3. The historiography on the Mexican Revolution is daunting. How did you deal with this challenge? And how does your article contribute to this historiography?

Yes, indeed it is daunting. There is a voluminous historiography on the revolution that would take a lifetime (and probably more) to read all of carefully. However, the environmental history of the revolution is still in its infancy, as I discovered in my review of detailed studies of drought and other extreme weather phenomena shortly before and during the revolution. I expand on the handful of these older studies, mainly from the 1980s and 1990s, in my article by incorporating heretofore-untapped historical climatological data—namely, NASA’s Palmer Drought Severity Index (PDSI), available online since 2005. The PDSI displays the severity of drought in select areas of the world going back to the 1870s, when instrumental meteorological records began to be kept regularly, including in Mexico. Like any source, the PDSI has its limitations, but used in conjunction with other contemporary sources such as meteorological and Agricultural Society bulletins, newspapers, and government correspondence, it provides a reasonably clear picture of climatic variability in Mexico from 1907 to 1911—the years during which the Mexican government of Porfirio Díaz faced unprecedented economic and political challenges to his decades-long authoritarian rule. And that picture shows not one but rather several different droughts of varying intensity, across Mexico. Where rural rebellions were most powerful in Morelos and the northern border states of Chihuahua, Coahuila, and Durango, there is a discernible correlation between the rebellions that gained steam in early 1911 and the various droughts during much of 1909 and 1910. But correlation should not be confused with causation, and I do not argue for the latter in my article, but rather something quite different and novel (see reply below).

4. What particular archival challenges did you face in researching climate change during the Mexican Revolution?

The main challenge is the paucity of data. Meteorology and climatology as we know them today were only just beginning as “sciences” in the late nineteenth century. While data collection and knowledge of weather and climate advanced considerably at the time, they were uneven across Mexico in terms of both quantity and quality. This is one reason why newspapers, which were the principal disseminators of weather forecasting and reporting to the (literate) public, often printed inaccurate, misleading, and exaggerated stories about climatic events. Another reason is that newspapers relied on a mixture of the “traditional” knowledge of local farmers, the church, and other private (and often self-taught) meteorologists as much as on official forecasts, which frustrated professional meteorologists. But I argue that most of all, regardless of where they got their information, many newspapers politicized weather and climate depending on their stance toward the government of Porfirio Díaz—a phenomenon I term “politico-environmental” press coverage. How Díaz’s government responded to the real and perceived effects of severe drought and frost (the two principal climatic events from 1907 to 1911 that I researched), such as lowering import duties on cheaper US grain, which then flooded the Mexican market at the expense of some Mexican farmers, strongly suggests that Díaz was swayed by such politico-environmental press coverage—and this compounded the crises he faced before his ouster in 1911. Indeed, I also show how politico-environmental press coverage likely influenced both the counterinsurgency campaigns of Díaz’s and his successor Francisco Madero’s army officers against radical agrarian rebels, especially in the southern semihumid state of Morelos (Emiliano Zapata’s base) and the semiarid northern states of Chihuahua, Coahuila, and Durango (Pancho Villa’s base).

5. Would you mind expanding on how your article was inspired by and/or helps us understand our current climate crisis?

I was certainly inspired by the current climate crisis and the concept of climate change as a “threat multiplier” in US national security discourse to describe how anthropogenic climate change can intensify conflict worldwide. The poster child for the concept is the current civil war in Syria, which broke out in 2011. Syria today has remarkable parallels to Mexico nearly exactly a century before: democratic revolutions against dictators who try to crush them, the factionalization of the revolutionary forces leading to a bloody civil war with mass casualties and migration, the intervention of outside powers, and so forth. Although anthropogenic climate change was neither widely understood nor recognized to be a problem when the Mexican Revolution started, the perception of climatic variability’s social and economic effects as reported in newspapers prior to the revolution bears some resemblance to the situation in Syria today. Contrary to the popularization of the threat multiplier concept in the US media and among Democrats (but not climate change–denying Republicans), even with far better meteorological and climatological data through the use of satellites, computer modeling, and other technologies a century hence, there is no consensus that climate change is a major causal factor of conflict among experts on climate change and conflict globally (unlike the clear scientific consensus that climate change is indeed human-caused). And this lack of consensus on climate and conflict extends to the Syrian case. In fact some of these experts argue that elevating climate change as a causal factor on a par with social, economic, and political factors only helps to deflect attention away from the Syrian government’s major responsibility for the crises that erupted into bloody civil war—and the Syrian government has only been too happy to use climate change as an excuse for its own failures. I therefore think that analyzing the real and perceived role of climate in the origins of the Mexican Revolution through the historical lens of politico-environmental press coverage provides many useful lessons and insights into our current climate crisis/emergency.

Besides my article? 🙂 Seriously, I’ve enjoyed reading the memoirs of Cuban revolutionaries on the late 1950s struggle to overthrow the Batista dictatorship—not because I agree with everything they did or how they lionize Fidel Castro, but rather because of the way they describe the role of nature as double-edged in their guerrilla war in the Sierra Madre mountains, as both a second enemy alongside, and as a protector from, Batista’s standing army. Yes, I know, it’s related to my research on climate and revolution. I should read lighter stuff unrelated to my research. Can the bedtime stories I read to my five-year-old daughter count?