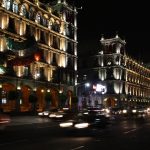 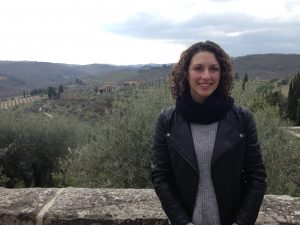 Vanessa Freije holds a PhD in history from Duke University, and she is assistant professor in the Henry M. Jackson School of International Studies at the University of Washington in Seattle. She is currently completing a book on the opening of the Mexico City press in the late twentieth century. You can read her article “Speaking of Sterilization: Rumors, the Urban Poor, and the Public Sphere in Greater Mexico City” in HAHR 99.2.

1. How did you come to research twentieth-century Mexico?

I grew up near the US-Mexico border, which cultivated my interest in understanding the transborder experiences and politics. When I went to college, I took Mexican history and literature courses and became completely captivated.

2. How did you come across this story of antivaccination rumors in greater Mexico City? What challenges did you find in reconstructing this story from the available sources?

I first encountered the sterilization rumors when reading secondary literature. I noticed that scholars and journalists frequently mentioned the case as emblematic of wider trends that they associated with the 1970s: heightened uncertainty, irrational urbanization, and uncontrollable rumors. Reconstructing the story that I wanted to tell—the epistemology of rumors—was difficult because the rumors had already been disciplined and mediated through the writings of journalists, state spies, and federal health officials. With this robust documentation, I could have easily reconstructed the story through an elite lens and told a story of chaos and ignorance. However, I was most interested in understanding what fears of sterilization signified for the urban poor and for Mexico City elites themselves, who struggled to distinguish between eyewitness account and rumor. Searching for telling cracks in the documentary record and questioning my own assumptions about what constituted a rumor was the biggest challenge.

3. The discourse surrounding the 1974 vaccine rumors in greater Mexico City seems to share resonances with certain discourses current in the United States and around the world, particularly surrounding antivaccination movements and debate over what has come to be known as “fake news.” What relevance, if any, does your article have for these contemporary questions?

The discourse of “fake news” is incredibly fraught, and the distinct constellation of political and class interests trouble easy parallels with the discourse surrounding the 1974 vaccine rumors. But one commonality is that like “fake news,” “rumor” is a flexible discourse that different individuals can mobilize to discount and marginalize particular perspectives. There’s also a methodological point to be made, which is that “fake news,” like the unfounded sterilization rumors that I write about, can still be an object of analysis. As historians we often want to find the truth of what happened and to reconstruct events in an accurate manner. This is obviously an important and valuable endeavor. However, studying the inaccurate or the mendacious can still shed light on all sorts of other processes and objects of analysis—worldviews, epistemologies, contests over power. Moreover, rumors and “fake news” have real effects; they can inspire collective action and justify political decisions, for example.

4. Is your careful reading of this incident part of a broader project? If so, would you mind sharing how this story fits within that project?

Yes, this story forms part of my book manuscript (under contract with Duke University Press). The book explores political scandals as a window onto conflicts over knowledge production, political voice, and information access in late twentieth-century Mexico. The sterilization rumors appeared at a critical juncture in Mexico City’s press opening in the early 1970s. My book generally examines scandals that began in print media and circulated through television, radio, comic books, and films. The sterilization rumors allow me to consider another (admittedly ephemeral) medium through which scandal spread. It’s an important episode for the book because popular knowledge of official wrongdoing was never limited to the pages of the press but always worked out in conversation. I also find that accusations of state violence against the poor, and especially against women, remained unspeakable in print media that were otherwise beginning to voice greater criticism. By examining a scandal that began with popular mobilization, I consider what scandals were not legitimated in print.

Yes! I recently read Louise Erdrich’s Future Home of the Living God. It’s a dystopian novel that imagines what would happen if all life on earth started to devolve. In the book, pregnant women (and later all fertile women) become targets of scientific and political interventions to reverse the devolution of the species. It’s harrowing, but there are also (surprisingly given the subject matter) lighter moments, and it’s a fun read.