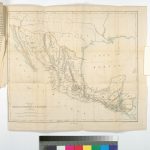 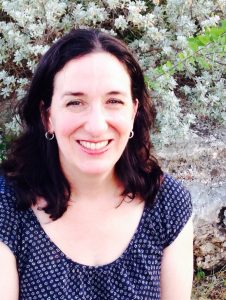 Catherine Komisaruk is an associate professor of history at the University of Texas at San Antonio. She is the author of Labor and Love in Guatemala: The Eve of Independence (Stanford University Press, 2013). Currently she is writing a book about native families, migration, and activism in colonial Guatemala and Mexico. You can read her article “All in a Day’s Walk? The Gendered Geography of Native Migration in Colonial Chiapas and Guatemala” in HAHR 100.3.

1. How did you come to focus on migration in colonial Chiapas and Guatemala as an area of research?

Migration has played a key role in Maya life since pre-Hispanic times, but I wasn’t thinking about migration when I started doing research on this region.  I was interested in social relationships among people living and working together.  That interest resulted in my first book, Labor and Love in Guatemala: The Eve of Independence (2013), which focused largely on Guatemala City and Santiago (now called Antigua). The research underscored the point that those cities were formed largely by the migration of people coming to work for the Spanish colonists, even though migration was mainly in the background of the study. I’m working now on a second book in which one chapter focuses more squarely on migration in colonial Mexico and Guatemala.

A puzzle arose in the research for my first book, and that puzzle sparked this article: Why do census records for some of the pueblos de indios show such incredibly uneven gender ratios?  I was unable to answer that question for a very long time, but I guess it stayed active in the back of my mind.

The other factor that probably played a role was personal observation. During the years that I lived in Guatemala I never had a car, so I spent a lot of time walking and taking buses. I first went to Guatemala just after finishing my undergraduate degree here in the US—because I needed a job and was offered a job in Guatemala City teaching in a secondary school. I lived in a relatively wealthy neighborhood, and whenever I left town for the weekend, I noticed the same thing on my way home: on Sunday afternoons, most of the people riding the bus to my neighborhood were girls and women.  They were live-in domestic servants, returning to work after visiting their families for the weekend. That intrigued me.

After a few years I went home to the United States and started graduate study in history, and then I returned to Guatemala City to do research at the Archivo General de Centro América. As I got to know the workers in the archives building, I learned that some of them were making the same kind of weekly commutes.  Sunday through Thursday nights, they would sleep on cots in a little room in the archives. Their commuting schedules were dictated by bus schedules. One man would leave his hometown on a bus at 2 a.m. every Monday to get to the capital in time for work.

All this got me thinking about people traveling long distances to work before there were buses.

2. Your article employs a quite unique methodology, using contemporary computer tools to reconstruct migration patterns in colonial Guatemala and Chiapas. How did you come to this methodology? What promise do you see this methodology holding for future research?

It’s funny to think about this question because I’m not very tech-savvy!  When I moved to San Antonio five years ago, I found that I needed my car to go most places, and I started using Google Maps to get driving directions. I still love looking at print maps, including the big paper road maps that fold up into letter size to fit in the glove compartment.  But Google Maps is very convenient, and it’s easy to use.

My first impulse when developing this article was actually to use a print map. I started with a paper road map from the Guatemalan tourism agency that lists driving times between certain towns. But I quickly escalated to Google Maps because it includes a nearly infinite number of towns and roads, and it provides walking routes and walking times. Digital mapping is a really promising tool for research in a wide variety of fields. I’m continually amazed at how powerful it is, especially given its accessibility.

During the time I was working on this article, the news media were reporting on the “Central American migrant caravan” of people walking toward the United States. I found myself following the migrants’ journey by mapping it on Google Maps. The length and extreme difficulty of that trip, not to mention the uncertainties awaiting migrants at the destination, highlight the extent of the problems confronting people in Central America.

An example of the mapping methodology used in Komisaruk’s article.

3. Your article builds on the spatial turn in the study of history. What challenges did you face in re-creating the perception of and engagement with space of the subjects discussed in this article?

The biggest challenge was that there are new roads now, including new routes between places that are also connected by old roads. So I had to dig around to try to figure out which route would have been used back in the colonial period. Also, some of the roads now are paved, but people in the colonial period were contending with unpaved roads—rocks, bumps, and, in the rainy season, puddles and tremendous amounts of mud. That would affect their travel time and the feasibility of making certain trips.

For a few of the routes identified in the article, I’ve walked them myself, and I’m pretty sure those particular routes are the same now as they were in the colonial era. But my physical and visual experiences of the journey didn’t match that of my subjects. For one thing, when I walked on those trips, I was wearing running shoes and socks. Probably my subjects’ shoes, if they had shoes at all, weren’t as comfortable. I’m nearsighted, and without my glasses I tend to trip over rocks and bumps in unpaved roads. My subjects didn’t have the advantage of prescription lenses. And of course, there’s the very different interior experience: I was walking for an excursion, with money in my pocket and a comfortable job and home to return to. That’s poles apart from the factors that shape experiences of migrants both past and present.

4. What implications, if any, does your approach have for our understanding of gender norms in colonial Latin America?

So the article offers new findings, showing that certain towns were partly emptied of their women as female migrants left to work in the colonial cities. These findings have implications about the gendered nature of labor migration and remittances. Native girls and women who left their hometowns to work as domestics tended to send their wages to family members, or to invest wages in their home communities. Some of them hired people in the hometowns to take care of their lands or to nurse their infants while they themselves were working in colonial households in the cities. 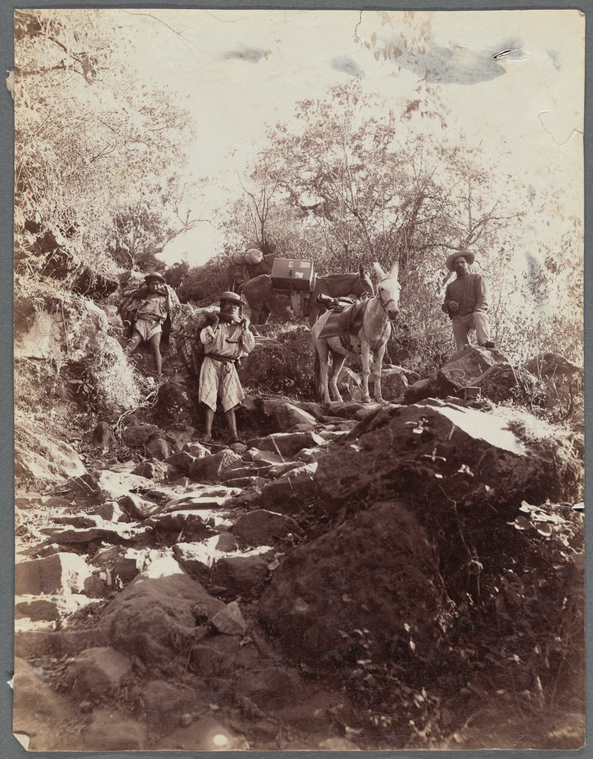 5. Is this research part of a broader project? If so, would you mind expanding on where the project is heading?

The research is a bridge into my current book project, which focuses on native communities in southern Mexico as well as Guatemala. The book is tentatively titled “The Language of Chili Powder: Families, Migration, and Native Activism in New Spain.” Like this article, the book project analyzes migration, but it focuses on a wider range of migration patterns—including, for example, families migrating together. And it takes a more qualitative approach, with stories of particular people and consideration of the causes and impacts of migration. The book also studies native people’s activism in confronting colonial power. Some of this activism was through legal channels and some was extralegal, as in armed uprisings.

The chili powder (chile molido) in the book’s title appeared in many native uprisings.  Women had it in their kitchens, and they used it as a weapon against colonial militias who came to their towns.  Women would run from their houses and throw chili powder in the soldiers’ eyes. It was an early modern version of pepper spray. Women also armed themselves with other items plucked from their kitchens—knives, bones, even burning firewood.

At the moment I’m reading Hidden Valley Road by Robert Kolker. He’s a journalist, but the book is very historical.  It’s the story of a large family in Colorado in which six of the twelve children were diagnosed with schizophrenia during the 1960s and 1970s. Along with the family’s story, Kolker interweaves chapters that narrate a history of medical and scientific approaches to schizophrenia. He did a phenomenal amount of research, and it’s breathtaking to see how he builds such a fascinating narrative. He tells the history of medicine through stories of specific patients and researchers, with details of their lives and careers. His telling of the family’s story is also compelling and emotionally powerful. I hadn’t expected to find the book this interesting—I got it on a whim after hearing Kolker interviewed on NPR—and now I can hardly put it down. It’s a great example for me of how history can be written.

I’m also in the middle of reading Charlotte’s Web to my daughter.  My second-grade teacher read it to our class, but that was several decades ago. I think I’m enjoying it even more this time around!